Last week at Nordic Game Jam I created a quick and very silly prototype with the goal of creating a local massive multiplayer game that could run on any standard laptop. Here, I will discuss the game and a few previous failed prototypes that lead to the current design of the game.

AAAARGH! is a loud single computer local massive multiplayer racing game for 4 – 300+ players. The game can be played on any computer without any special equipment. The goal was to expand the game experience to as many players as possible without having the players to use the keyboard or any special hardware. The game should be easily accessible and so it is. The game mechanic and the player input is sound. A lot of sound. Hence the name of the game. Basically the game is about yelling as loud as possible when you colour lights up.

Here is a short video of the gameplay and some loud people:

Each team gets a racing lane identified by a colour and when your colour lights up you have to make noise. The louder you are, the faster you race. The team to get to the finish line first wins.

The basic strategy is to be as loud as possible when your team’s colour lights up. However, it’s often more about being as quiet as possible when it is not your turn. You lose a lot of speed if you are not yelling from exactly when your color starts to light up and you might give the other players an advantage if you do not stop on time. If you are on the losing team and your colour lights up at the same time as the winning team it might also be a good idea to not help them.

The player input is based on the volume of the microphone input. However, the game has been through a few iterations where I was experimenting with using pitch recognition. This method was moderately successful when the game was played by few players, but when played by 20+ players of mixed genders and ages it becomes impossible to distinguish the groups.

My initial idea for creating the player turns, was to have them play at random intervals. However, I quickly realised that it was much more interesting to base the player turns on ultra slow drum patterns. I’m currently using a rather short list of simple drum patterns and it also makes the game seem way more interesting to people watching. (Still quite annoying and loud though).

Thanks to Karin Bruer for the awesome monster design.

I will just briefly describe a few previous local massive multiplayer games that didn’t really work as expected.
Stay in the circle: Here is another game prototype made at a game jam. This was creating during the exile game jam I co-hosted.
It is a 4-10 players one button game (a 4 player online version can be found here: http://www.exile.dk/autumn2011/games/OneCircle/index.html). The game is quite simple: When you press your button your avatar jumps forward and pushed the other players around. If you are pushed out of the circle, you lose. When playing more than 6 people, players will spend too long time on finding their own avatar and it doesn’t really work well with more than 4 players and pretty much failed as a massive multiplayer game.
Mjod:

Here is another game prototype I made the exile game jam. This was created with Nikolaj Severin and is also a one button local multiplayer game. However, In this game I removed the player-unique avatars and made teams instead. It is a game that allows for just as many players as you have letter keys on the keyboard.
The game play: You chose team 1 by pressing down a keyboard button or team 2 by not pressing your button; it’s difficult to communicate and creates semi-random teams. After that each team will have to press their buttons a total random number of times that is showed to them. The team that gets closest win, but if you go above you lose. When having large and unexpected teams, it’s impossible to communicate and coordinate. Therefore each player must guess what his teammates are thinking and coordinate it without communicating.
Even though this game supports around 28 players, it is impossible to do that on one keyboard and it kind of failed.
Share: 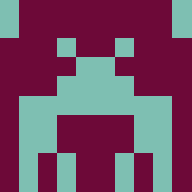 Cool, you could run it at a rock concert or a stadium, lol. 2 racers instead of 4 with clap rate instead of yelling.

Tim GarbosLog in to Reply

I am thinking about trying to use clapping, but it’s a little less engaging, but probably easier to get people to engage. It would probably work well talk/lecture/auditorium/concert settings.

We should create more 'computer-mediated' gamesLog in to Reply

[…] Room Sex Game (“Ironically, a game you win by going quickest”), Monkey See Monkey Mime, Aargh!, Flot! (“a game that is, disturbingly, about using your body to make a sound”), and […]

[…] Game (“Ironically, a game you win by going quickest”), Monkey See Monkey Mime, Aargh!, Flot! (“a game that is, disturbingly, about using your body to make a […]