After six very successful editions of the Nordic Game Indie Night, it’s time to expand and shake things up a bit. We have showcased many wonderful Nordic indie games and thrown many great parties. Traditionally it has been a pre/party to Nordic Game, but this year we have evolved! For Nordic Game 2016 we have taken over Friday, to expand to a whole Nordic Game Indie Day. During the day there will be multiple tracks of indie focused talks and we will finish off Nordic Game, indie style, with an after party. Remember to check out the Indie Showcase in the Dining Hall all day.

Half of the Dining Hall will open up for the Indie Showcase. You will get to play and vote on the 8 games that have been nominated for the Indie Sensation Award.

As well as the Indie Sensation nominees, there will be around 20 other great indie games on show. Also look out for the winners of this year’s Nordic Game Jam!

The list of talks can be found at: conf.nordicgame.com

After the conference is over, shuffle into the Dining Hall to play a bunch of great indie games and get ready to party.

We will present the Indie Sensation nominees and give you guys a little more time to vote before announcing the winner at 20:30.

19:00 – Late – Party! This part of the evening is free for all and it doesn’t require Nordic Game pass.

DJs of the night:

NoClouds is the moniker of Martin Kvale, a sound and music artist hailing from the country of Norway. He is at nordic game to play a chill collection of electronica tracks for your ears only >:) 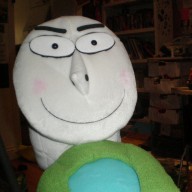