Inspired by tower defense video games Human Tower Defense is a game of action, strategy, and clever use of resources. The game will be a spectacular event for the Plaython with defensive towers and hordes of invaders, featuring custom built equipment and upgrades. It is a hilarious crowd game, sometimes chaotic, but always open for beautiful acts of heroism, cunning tactics and reckless bravery.

The invading horde charges the city along a specific route and must survive at least 6 assault rounds before they can attempt to bring their standard into the city to win.

Defending towers placed strategically along the invasion route must eliminate the attackers before the standard is brought into the city. Killed invaders join the tower team and both teams receive upgrades for the next round.

This game was first developed for w00t Copenhagen Play Festival, 2013 and used makeshift props. Since the game is about defending against invaders, we think Acritic themes would fit perfectly in the next iteration and that the game will be a spectacular event for the Plaython.

Equipment
Shields, helmets, and other stylish custom made upgrades referring to Acritic songs and themes.
Lots of balls
Chalk or chalk spray

Duration
Depends on the crowd – 15 minutes – half an hour

Images from w00t where players charged about in the pouring rain and had a hilarious time! 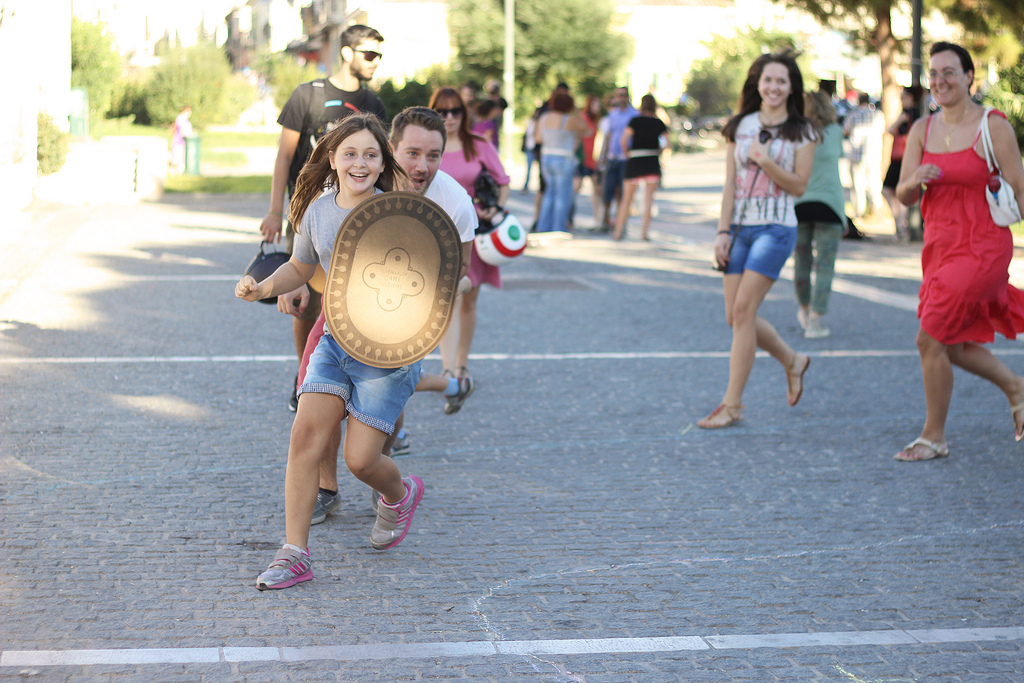