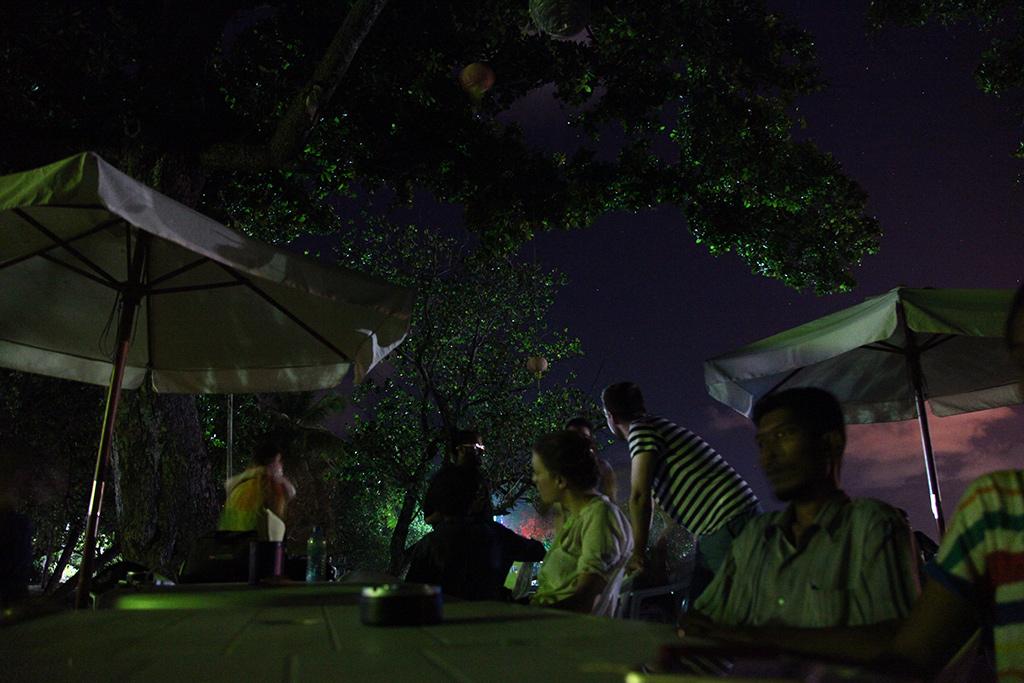 At our third day here we wanted to get to know the local culture more. We wanted to hear some local fairytales and folk stories. That’s why we arranged a get-together with some of the locals at a café on a Malé suburb – Villingili (it’s on another island, and you have to take a ferry to get there, but yes, it’s a “suburb”). 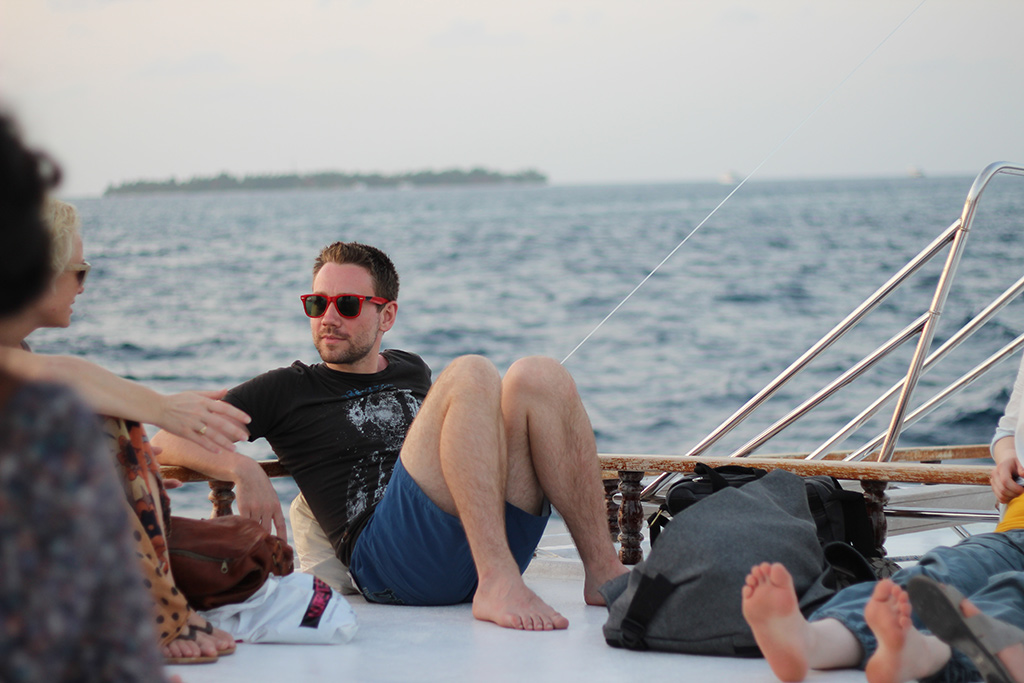 Telling stories to a crowd can be a bit daunting if you’re not used to it. I remembered a classic danish parlour game that my friend Anders Børup taught me. It is a collaborative storytelling game where people take turns at saying a word that is attached to the current sentence and then it goes around in a circle. Anyone can always end the sentence by saying “full stop” instead of a word, which then changes the direction and begins a new sentence. It is best played fast and to a specific rhythm. This forces people to not over-think and makes it more silly and fun.

Here is a sentence we built that I really love. It’s a bit non-sensical and aaaalmost poetic:

“Malé is unpleasantly humid, yes, this will destroy mother earth if we want all the passionfruit all in one mouthful.”

The locals told some nice fairytales and folk stories that are influenced by their history. Some pretty grim about chopping off wee-wees, about incest and about the introduction of islam to the Maldives, but mostly funny stories. We heard about how humor and laughing at your own situation is a big part of how Maldivians have been dealing with difficult situations. During the 2004 Tsunami, and also in struggles against dictatorship and recent military brutality since the 2012 coup.

We went on a safari! Or, so it’s called when you go to a luxury boat and enjoy good company and the nice weather.

We played JS Joust on the deck, just cause we thought it would be nice, but it really wasn’t as nice as it looks. Playing in the sun is not possible at all. Besides playing around, going on a boat trip with a lot of locals was a great experience. When the locals get out of the city and onto a luxury boat, which is normal for the tourist, they loosen up more. You get to hear more about how they really feel about the current political situation, and you also get to hear stories about wee-wee cutting (which is not related to the fairytales I mentioned earlier. A lot of that going around apparently!).
Furthermore, we learned about a couple cool Maldivian local folk games: Fas Mushi and Srir. When we have gotten to play them, we will write about them. 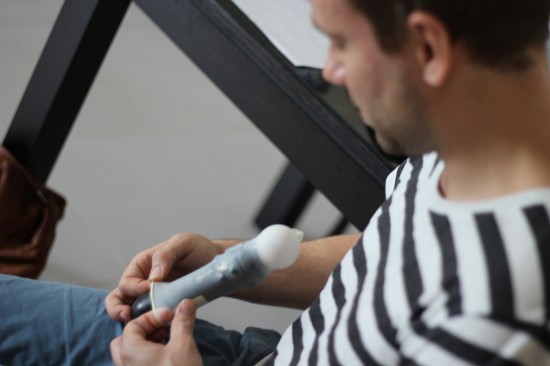 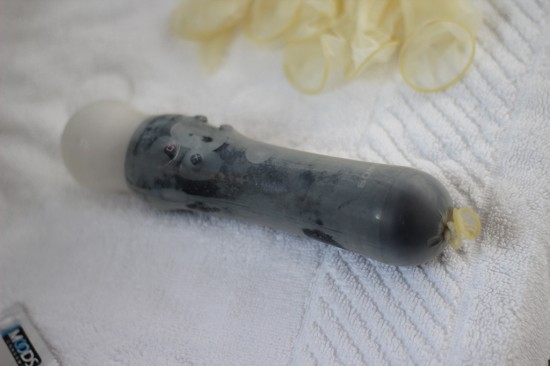 Next up: The games