Who Took The Apple? 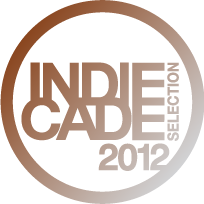 Who Took the Apple? is a 4 player card game played backwards in time! The game is played with an apple, a bucket, four beers and a set of large cards meant to be played on ground.

The objective of the game is to be the player who takes the apple, but the game is played backwards in time. The first card played will be the last action happening.

Who took the Apple? is released as a free Print and Play game. Download the printable PDF here

Questions and comments can be posted on the games Board Game Geek entry.

Setup:
Put away all cards marked with a *

Deal the rest of the cards to the players. Each player receives a set of four cards in the same color.

Place an apple under a bucket. All players form a circle around the bucket.

Play:
Player one and three are a team competing against player two and four. The goal of the game is to be the team who took the apple.

Player four plays a card face up on the ground. Remember this game is played backwards, first card played will be last action happening!

Now going counter clockwise (backwards in time) each player plays a card face up on the top of the stack of played cards. The player states loud and clear “Before that, I…” followed by the action printed on the card.

Ending the game:
Once all cards are played each player takes a beer and holds on to it. Go through the deck from top to bottom and carry out the actions printed on the cards. If an action is identified as impossible to carry out, everybody cries “Paradox!” and that card will be ignored to restore space/ time logic.

The game ends the moment a player takes the apple.

Advanced play:
Before the game starts, each player secretly chooses one of the * marked cards to include in the hand. The rest of the game is played normally 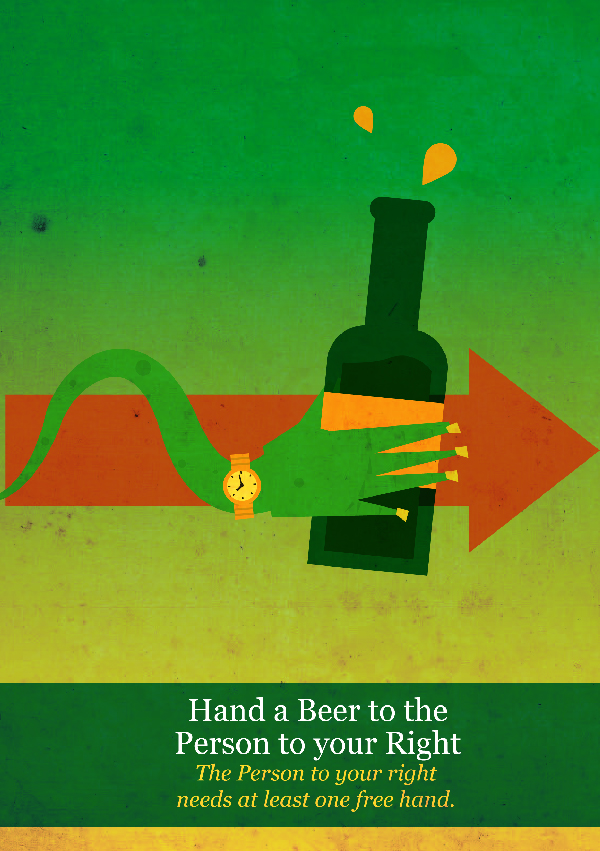 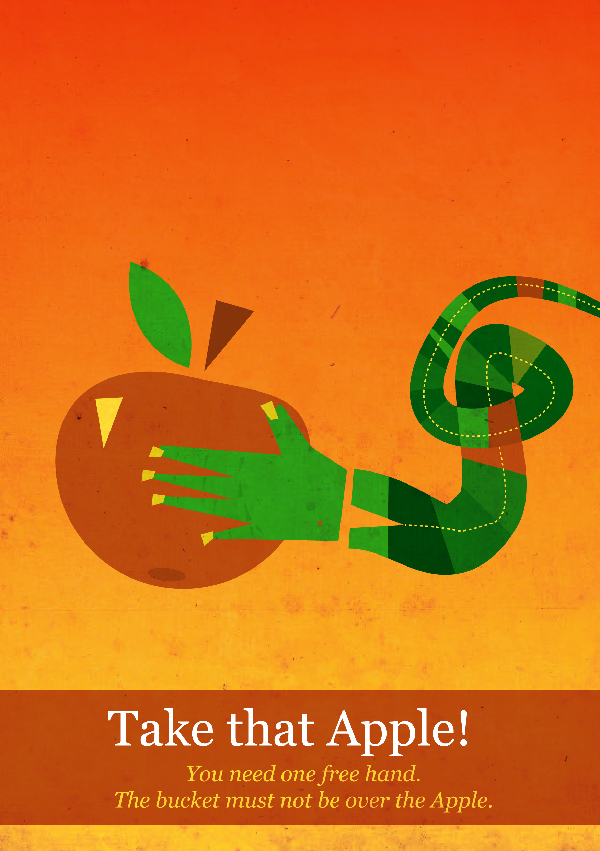 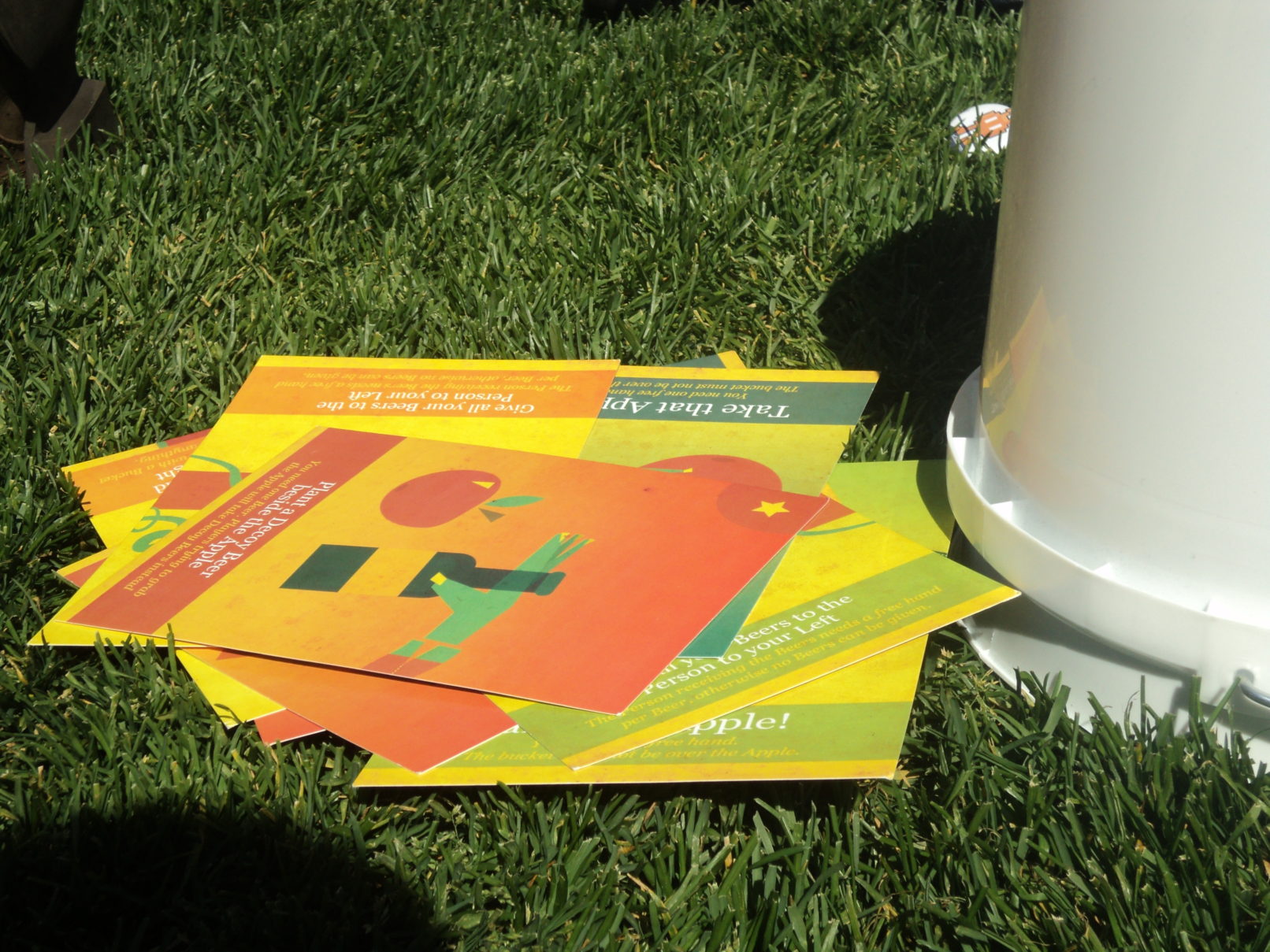