Arse Elektronika. A festival about sex and tech. What to expect? Arse Elektronika has a long history of presenting objects/toys/games and gathering professionals that work in the sex/tech industry. Many things presented at Arse have at first seemed quite novel, but have then later become mainstream, as this year’s Arse winner probably will too (more later). Past Arse conferences has each year focused on different topics within sex and tech. It was the first time for someone from the collective to travel to Arse Elektronika in San Francisco. Arse has existed for almost 10 years and we’ve had the founder Johannes Grenzfurtner as a most vivid and passionate speaker at our own Lyst Symposium.

The thing that struck me after about a day at the conference was how unsexy a conference about sex and tech really is – everything becomes very much a discussion on how this or that works technically. And again confirming the fact that sex/erotisism is as much about what is unseen or exists in the mind. I don’t know why I’d expected something else, but somehow I think a dog show would have had more sexual tension in the air….Not that I’m really into dog shows, but hey, sometimes meeting over common interests can spark something.

Anyways, we were not there to gulp in the sexual tension, but to see how we could get inspired for our own Lyst Summit and also to do a performance on our upcoming game ‘La Petite Mort’.

In our performance we filmed any women who would want to have the imagery of their vulva included in our game. – Included in a highly pixelated way – After the filming we would immediately work the footage and implement it in the game, so the volunteers would later play with themselves, so to speak.

We got two new vulvas implemented, so in that sense the attendance was a success. Prixxx Arse Elektronika 2015
The winner of this year’s Prixxx Arse Elektronika was Franklin Veaux and Eve Rickerts from Canada who had made a prototype of a new kind of sexual stimulation toy. – They’d heard the news on how this sensory device had helped blind people to see, through tongue stimulation. They immediately thought how that could be translated into a toy for sexual stimuli. They had created a prototype that they brought to Arse. The prototype was a strap-on that sends electrical impulses to a direct neural stimulation device inside the vagina or butt. You could control the intensity of the stimulation, through an external controller. The intention was to keep the device on for a while, so your brain would transform the neural stimuli and the strap-on would ultimately be an extension of yourself and create a whole new erotic experience / images in your mind. But you needed to keep it on for more than half an hour.

– Unfortunately the prototype was not as pleasant to wear just yet, so the person testing it, had to go and remove it after about 20 minutes on stage. We had some great and inspiring days at Arse. Yet I was also reminded how big the difference in approaches is, and how much is means where you choose to put your focus: Taking a starting point in technology and see what a piece of tech can ultimately do, or taking the starting point in emotions/ feelings/sensations and see how we can express them with technology. Which is probably one of the major differences between Arse and Lyst. 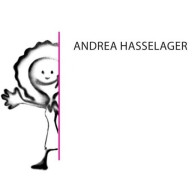