Sup indies!  The deadline for submitting to Nordic Game Indie Night is less than a month away.  I’m Tommy, part of the team (plus Jonatan van Hove, Mads Johansen and Jonas Maaløe) that won the Nordic Indie Sensation award last year with our game LAZA KNITEZ!! and I’m here to tell you about the awesome time we had last year.  Once I’m done explaining what a bad ass opportunity Nordic Game Indie Night is, I’m sure you’ll have to be physically restrained from immediately polishing up your game and dashing off an application, so please harness yourself sufficiently before reading on.

We made LAZA KNITEZ!! as part of a Game Design course at the IT University of Copenhagen. Halfway through our development cycle, we realized that our local multiplayer game would be a lot more fun in an arcade machine than with four people’s fingers jammed together on one laptop keyboard, so we retrofitted the broken Barcade at our university for our first playtesting session and never looked back.  We applied to Nordic Game Indie Night ’cause we were really excited by the way our game turned out for our class project. Once we committed to leaving the keyboard behind, we added a slide mechanic that added a lot of strategic complexity, and we wanted to put it in the hands of players.

That being said, we never expected to get nominated.  LAZA KNITEZ!! was our first game, and it doesn’t look like much on paper. We flipped when we found out we’d been nominated, and then we realized we needed a way to display it at the Summit. We had “borrowed” our arcade cabinet setup at ITU, but we’d need a better solution if we were going to travel to Malmo. So we hatched a plan to make an epic journey to IKEA and unveiled our custom cocktail cabinet at Exile Game Jam. If we hadn’t been nominated to NGIN, we never would have built our arcade cabinet. When the Summit rolled around, we were all neck deep in exams.  I had turned in a paper a few hours before hopping a train to Malmo, and I had been awake for about thirty hours when we set foot in Sweden.  I was powering down when we arrived, but as soon as we set up our arcade cabinet and started pushing controllers on people, I caught a strong second wind.  Watching people have a blast playing your game is one of the most rejuvenating experiences on the planet— I’ve published papers, given talks, danced, acted, sang and done circus tricks and the audience of game players is by far the most exhilirating.

The atmosphere at the Summit was electrifying— 8 finalists and some four hundred gamers eager to see what we had to offer.  My memory is a little hazy because of sleep deprivation, but I’m pretty sure we got interviewed about our game four or five times during the course of the event, and as finalists we were kept fueled by generous quantities of pizza and beer, vital components of a successful game developer diet. Simon Gustaffson, one of the sexy Swedes behind the NGJ 2012-winning Simon Gustaffson’s Two and a Half Men (Haha), became nearly addicted to our game and spent a lot of time destroying newcomers, and we spent a lot of time meeting other indie developers and trying the amazing games made by the other finalists (one of which is now an IGF student showcase finalist!).  The Nordic Game Indie Sensation award is awarded by audience vote, which is a great motivation to push controller into people’s hands. We had so much fun that we didn’t manage to get to sleep until 3 o’clock in the morning, but when we did manage to crash it was in the supernice digs provided for the finalists by Nordic Game. On the way back to our hotel, we ran into legendary Rockstar co-founder Jamie King!

The next day we set up our cabinet outside of the main exhibition hall and convention-goers came by throughout the day to play— one of the coolest things for us is that we got a lot of players who came back for more, or brought one of their friends over to see who was the more ultranoble warrior.  Plus we got to eat awesome free conference food, and see some fantastic talks by some of our favorite people in the games industry, like Nathan Vella.  By the time the awards ceremony rolled around, we had a hard time believing things could get any better.  We had already had an incredible day.  When the announcer said that TEAM BUTTFIGHTERS had won, we leapt up from our seats and charged onto the stage— we took the opportunity to crown Simon Gustaffson as greatest LAZA KNITE!! in the known universe, too. Right afterwards, we took a photo together with all the winners announced at Nordic Game—I stood between the founder of Housemarque, which makes Super Stardust HD, one of my favorite game series, and the head of DICE Europe!  After that, everybody piled into a van and partied it up at a nearby bar. We basked in the glory of high-fives and hearty congratulations. (I may have had a little too much to celebrate, and I ended up passed out for most of the final day of the conference— future winners, take note!)

So there you go— even a bunch of first-time game makers with a name as stupid as TEAM BUTTFIGHTERS can conquer the Nordic Game Indie Summit, and you can too!  Since then, we’ve taken game development a lot more seriously, releasing LAZA KNITEZ!! for sale and exhibiting it in Europe and the U.S.  It gave us a jumpstart on applying to conferences and scholarships, and the connections we made at Nordic Game have turned into our friends in the indie community. Anyway, you’re probably gnawing at your restraints by now— get to applying, and I’ll see you and your game at the Summit! 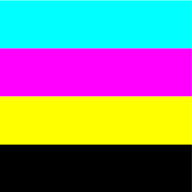 Kristoffer JetmundseLog in to Reply

I tried your game last year and it was awesome!

I’m thinking of applying this year, and I’d like to know more about how you submitted your game. Did you just write a short description and send in an executable, or did you have a gameplay video or something like that as well? I’m just think that the total multiplayer mayhem of LAZA KNITEZ!! is hard to convey unless the jury actually tries playing it with four players, preferably with controllers, and if you took any additional steps to make sure they “got it” 🙂

Tommy RousseLog in to Reply
– In reply to: Kristoffer Jetmundse

Joon already got me covered but for the record, I really encourage you to take your game out and show it as much as you can! I think a couple of judges may have bumped into LAZA KNITEZ!! at Nordic Game Jam and had a chance to play some 4-player, and I’m sure that was a huge help.

another Buttfighter hailing here, great post Tommy.
@Kristoffer: I think the most powerful tool for communicating the situation around a game is videos. They are relatively easy to make, and are easily shared through Youtube or Vimeo.
We made a video for our Alpha Jam, which was a public alpha test where we could jam new features and ideas on the spot and test them out. This was the first time we did something like this, but it turned out well: http://www.youtube.com/watch?v=VACXv2JGKGY It communicates at least somewhat the direction we werea taking LAZA KNITEZ!!.
We made a video when we built our arcade machine, and we made a trailer for the actual game. Another example: our new project, ZUMBIE, has an awesome trailer and it’s still in an early concept phase: https://vimeo.com/41325551

Be sure to talk about your game all the time and bring it to parties, even if it’s not a party game. Indie developers love playing each other’s games and telling you that it’s “okay” while they’re secretly jealous.