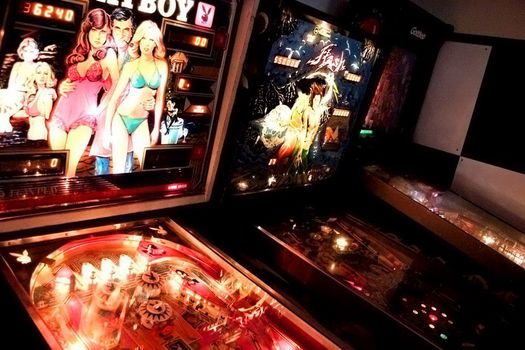 Ohh noooo. Last week, some burglars went into Chassis Arcade, our favorite Arcade in Copenhagen (read: only arcade) and stole a lot of things. As we have written earlier, we really like this place. They have also been helpful with lending us machines for different events we have been hosting. Latest, the Nordic Game Jam’s pre-party, where we had the donkey kong arcade and Denmark’s best player, trying to beat the score. Good times 🙂

But these guys are having this arcade because it’s their passion. They are far from making huge amounts of money (it barely goes to zero). And now some idiots broke in and stole what little equipment they already had.

This is why they have made this danish “kickstarter” (caremaker). Give some money to the Red cross. Then after that, give a little to Chassis Arcade too. We need a little more gaming culture out there.

This is why we’re also going to Spelkultur i skåne‘s event tonight (Spelrum:Digital).  They are publicly funded organisation for advancing gaming culture in Skåne. They are doing a lot of cool stuff, so if you are in the Copenhagen/Skåne area, keep an eye out for them!

At their event tonight, they will collect money for the Chassis arcade, and in general play a lot of cool games! Our dear friend Nicklas Nygren is bringing his latest Game Jam game: Spaceship with a Mace (which got the most polished game award, but is also damn fun to play). We will be playing that on the Babycade (an arcade we made built into a baby carriage). We will also play our new party game MagnetizeMe there.

Go give some money to Chassis Arcade, or come and join us tonight at the event, and let’s have some fun 🙂