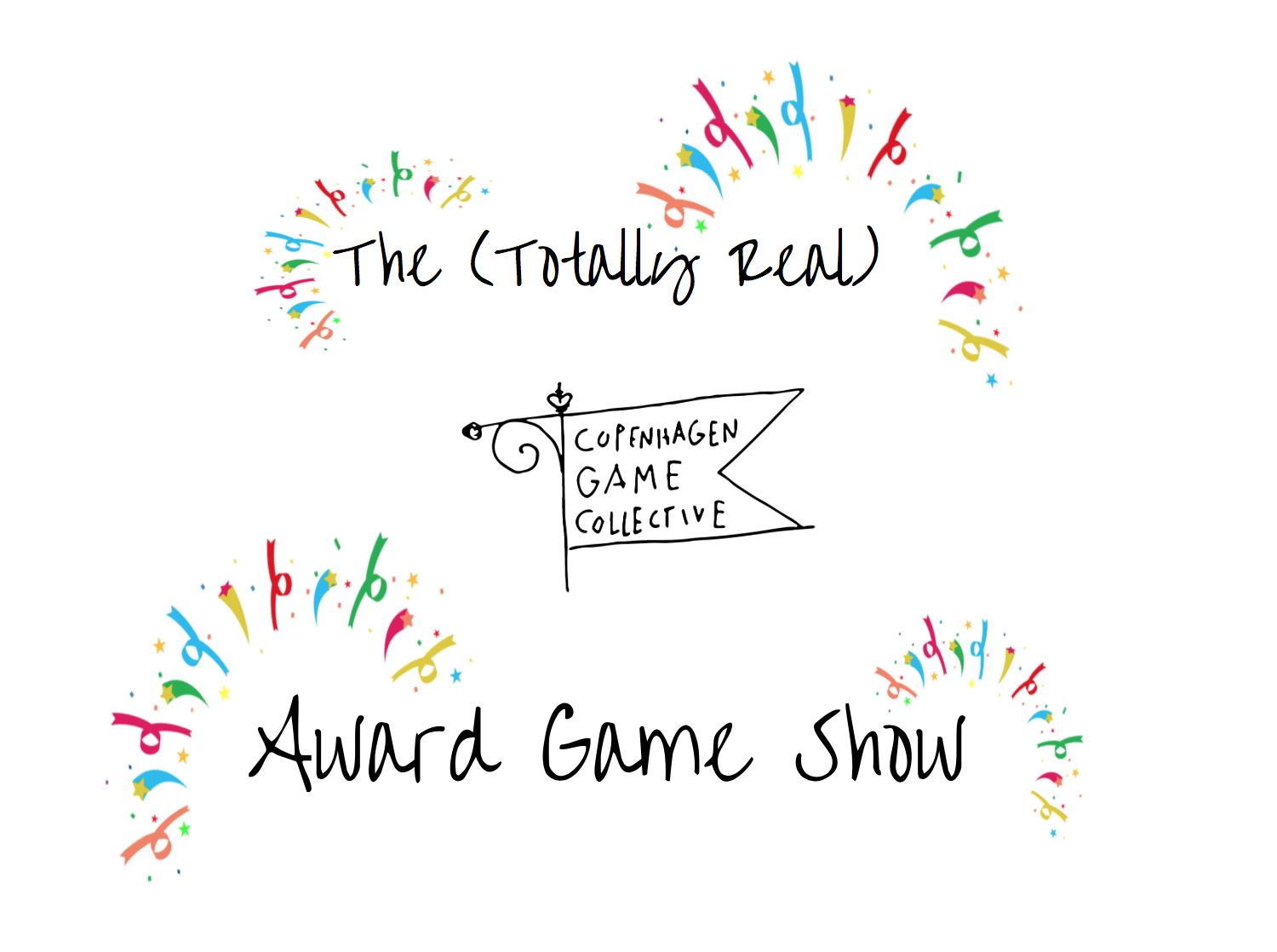 How do you play an award show? By turning the show itself into a game. We pitted the left half room against the right half, created a couple of crowd games and hope that we manage to turn everyone into a winner. This required an elaborate plan. Ours was exactly one page long in the beginning. About half of it made it into the show. 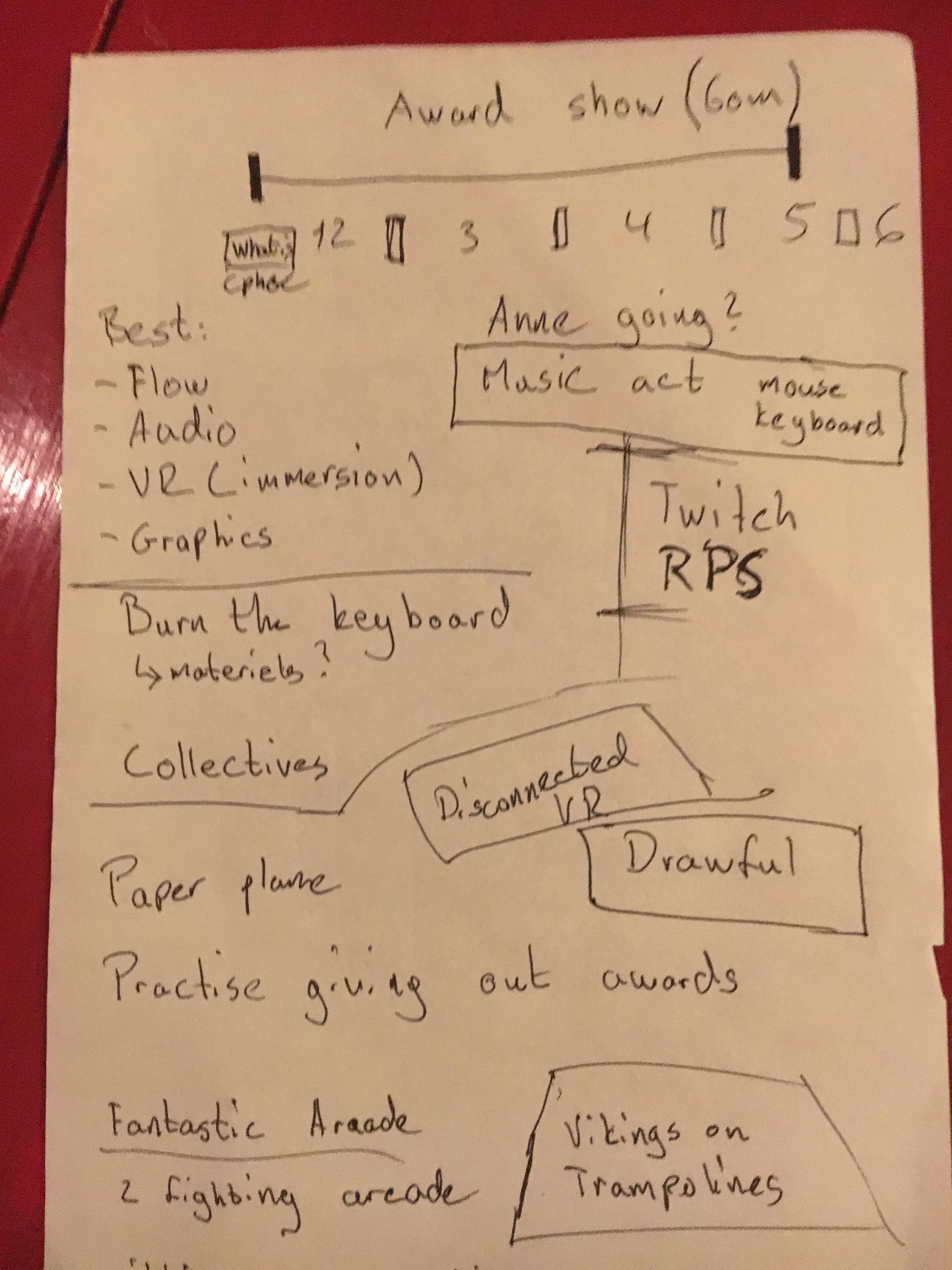 What you can see above is the simple idea of inventing games to be played between all awards. After brainstorming for an hour or two (or was it three? four?) we had more than enough crowd game ideas and adaptations of existing games to make a nearly final schedule for the event. Our games at this stage were:

Some of these didn’t fit the left half against right half-idea, so we dropped them. We also renamed the right half to Team B and the left half to Team A because right and left are the other way round if you turn around and even if you don’t they’re confusing enough for some people (and I’m not even talking about political implications). A short discussion whether A and B implies order was in order but that suspicion was quickly dismissed.

IndieCade is a huge event and we were not only there to entertain the crowd during the award show. I mentioned before that there were a couple of workshops hosted by us. One of them was about creating communities and participants came up with great new jam ideas (not all of them being game jams. You can jam a lot of things.). This pong game played with barcode scanners was created in the Collective-hosted Burn The Keyboard-style prototyping workshop:

A good award show, though, needs more than a gimmick. It needs more than a few crowd games and a quirky presenter. What it needs is a dramatic arc. We created that arc with the games and a storyline, the setting being that we always wanted to give out awards but IndieCade needed to come along and fill a room with people. Thus our award show had the fantastic title “The Totally Real Copenhagen Game Collective Award Game Show” and there five categories for the two teams to compete in with the help of their respective captains: Best Networking went to the winning team of a highfive snake through the whole auditorium. Best MMO was for well timed screaming in a special edition of WOOORK. Best E-Sports went to the team that cheated better in a massive local multiplayer Rock Paper Scissors match. Best Audio was awarded to the better broomstick pong player. And finally the Technical Achievement was given to those who could aim a paper airplane at their team captain. Of course we had safety goggles for the last event:

If there is any lesson to learn from all of this, it is that you can trust the audience of a games festival to play along. We had no idea if our plan works out, but it did, and we were excited to meet so many great players that played our award show so well.

PS: Thank you IndieCade for coming to Europe. You always had a special place in our hearts and we’re happy that the whole festival worked out so nicely. Thanks for inviting us! Hope you stay around!
PPS: Congrats to the winners of the real real awards! 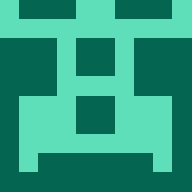